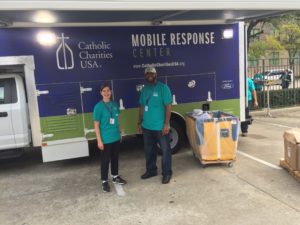 During the 2017 Annual Gathering, the Catholic Charities Agencies helped Houston families by distributing household supplies, hygiene times, and diapers. Furthermore, they served fresh food to those in need at a local food pantry.  “It was a great opportunity to serve at during the disaster recovery opportunities in Houston.  I applaud CCUSA for turning its Annual Gathering into a service filled experience,” said Tyron Ford. 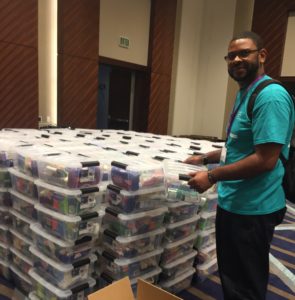 As the head of disaster for CCSTL, Tyrone Ford had the opportunity to share his experiences with disaster relief efforts and continue his training with seminars focusing on Disaster Response.  “We’ve had our fair share of disasters and I know how important it is to have others you can rely on,” said Ford, “All the Catholic Charities Agencies from around the country convened to help Houston and I’m proud to be among them. It’s a blessing to be a blessing and serve God’s people.”