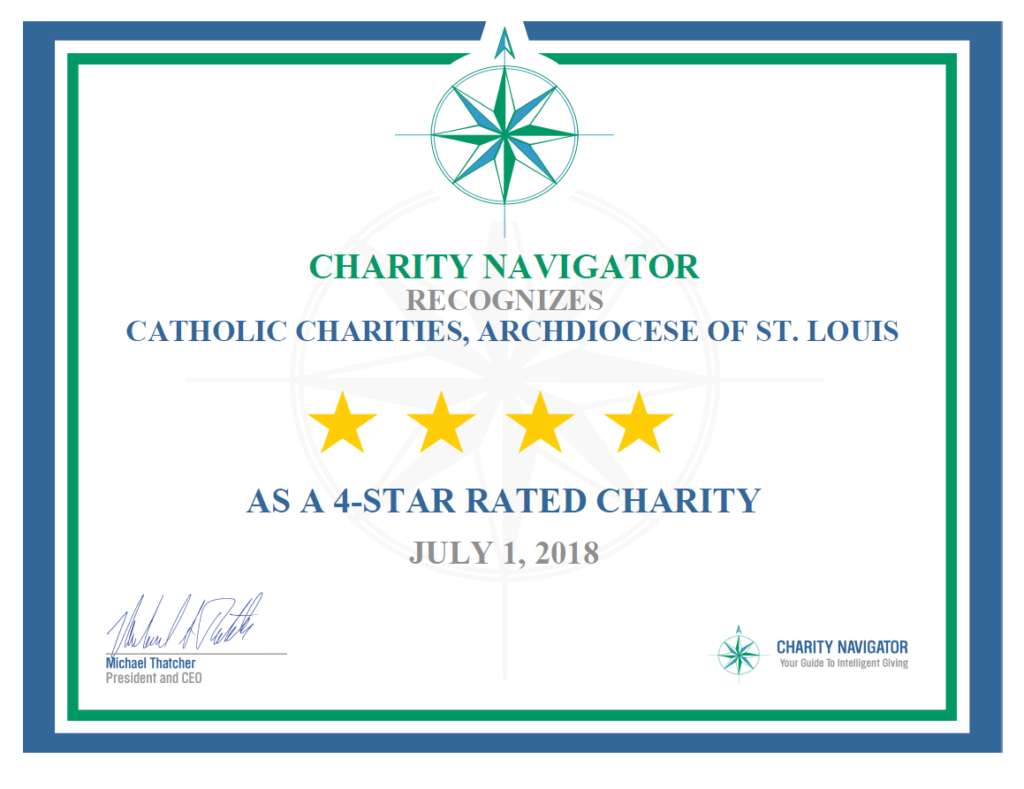 Catholic Charities of St. Louis is among the fewer than 25% of organizations evaluated by Charity Navigator that have received three or more consecutive 4-star evaluations.